The idea for the Platinum Jubilee Trail arose from several coincidental events, not least a question of how the Parish Council could best commemorate Her Majesty the Queen’s Platinum Jubilee in a manner of which she would herself approve.  At the same time, we learned that the Enys Estate might be interested in selling a small holding in Porkellis, a village at the centre of the Parish.  This holding was already subject to a restriction that required it to remain a community asset and, indeed, was a small garden open to the public and maintained by the Porkellis Village Hall Committee.  Meanwhile, a local resident had renovated the telephone kiosk at Medlyn Moor and queried what function it might, in future, fulfil.  Too far from a centre of population to be of value as a book exchange, it was a little difficult to imagine how we might use it for the benefit of the community as a whole.

Taking these things together, the Parish Council determined that the acquisition of the garden could coincide with the creation of a circular walking trail, taking in a number of environmental and heritage sites and passing the Medlyn Moor telephone kiosk.  Wendron Parish is one of the largest in Cornwall, yet very sparsely populated.  A route was, therefore, established that – being central to it – was as accessible as possible for users living anywhere within the Parish.  At seven miles, it also took account of quiet public roads that could be used to shorten a walk, thereby enabling it to be conducted in several parts (or, in three to four hours, as a whole).  The Parish Council then set about engaging landowners to establish the potential to site a number of ‘information panels’ around the trail, so that we could draw walkers’ attention to nearby sites of environmental or heritage interest. In the meantime, it sought Heritage Lottery funding and sponsorship from companies within the Parish, raising over £11000 for the project.  This enables us to purchase and renovate the community in Porkellis, and to design, create and erect eight or nine impressive panels, as well as a series of way markers.  The residual cost to the Parish Council is very small and well within our means.

Almost exclusively using existing public rights of way (footpaths and bridleways) and public highways, the trail’s aims include a desire to encourage people to improve their fitness and general wellbeing in the great outdoors, to inculcate a love and respect for the environment and for our wonderful local history, and to provide information about the many sites of significant interest that litter our Parish.  We ask that users respect these aims and minimise their own impact on the environment through disposing of litter (including dog waste) correctly.  We also ask walkers to respect the privacy of adjacent landowners and not to stray from the marked path, except where rights of way allow them to do so.

Although the aim was to get the trail fully in place by the bank holiday weekend provided for the Queen’s Platinum Jubilee, several unpredictable challenges (including the availability of wood for mounting the information panels) meant that the Parish Council has had to delay full implementation until the August Bank Holiday weekend.  But that does not mean that the trail cannot be followed; it will simply not be possible by early June to place all the information panels and waymarking poles in their correct locations.  In any case, this is the Queen’s Platinum Jubilee year and the project will certainly be complete by the end of it.

In order, though, to have something to celebrate on Friday 3rd June, we have asked County Councillor Loveday Jenkin to open, formally, the ‘Jubilee Garden’ in Porkellis at 2 p.m., an event that will then be followed by a walk of the Platinum Jubilee Trail, guided by the lead Councillor for the project, Brigadier (Retired) Tim Law. 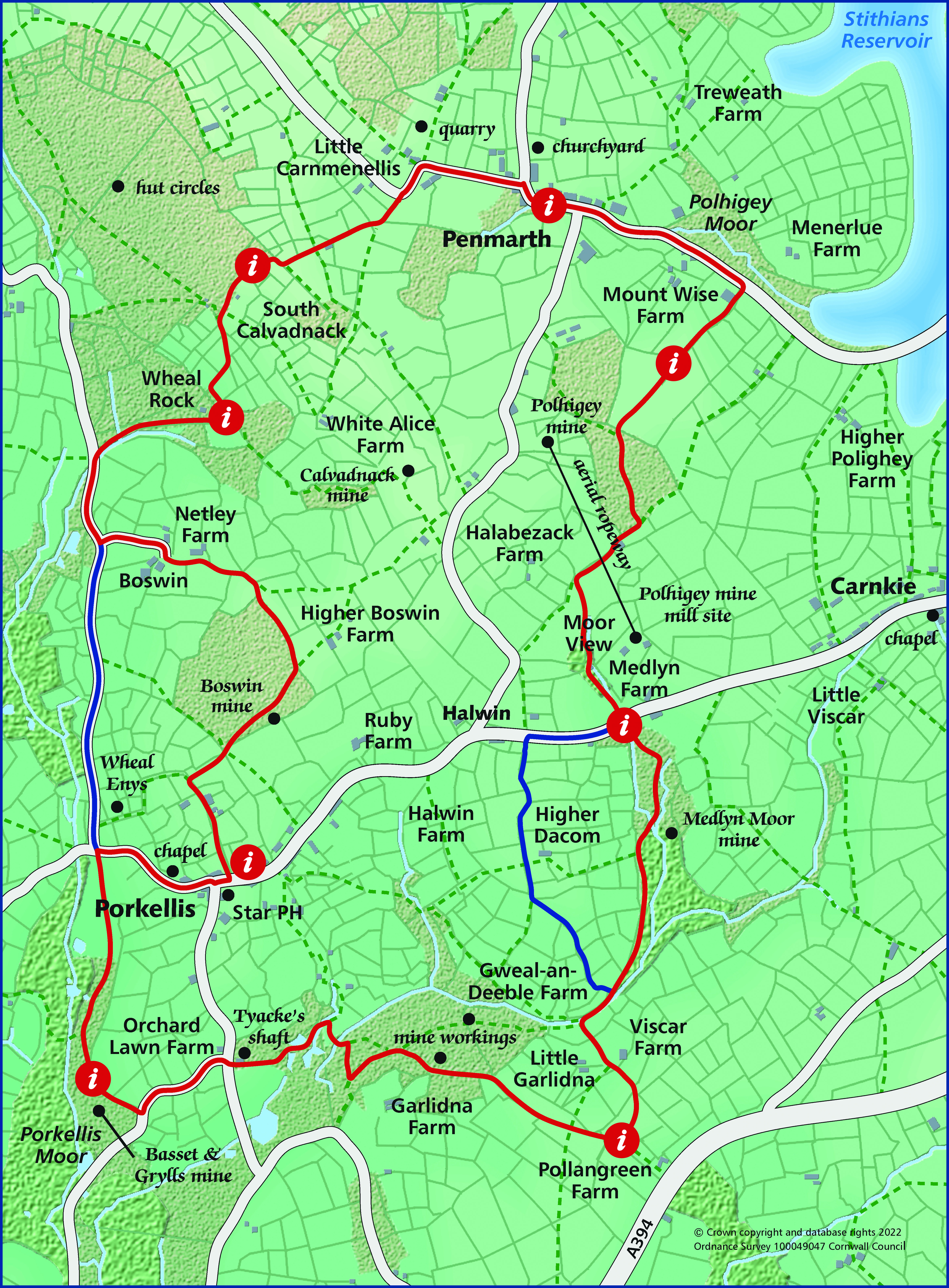